The Third and Elm Press 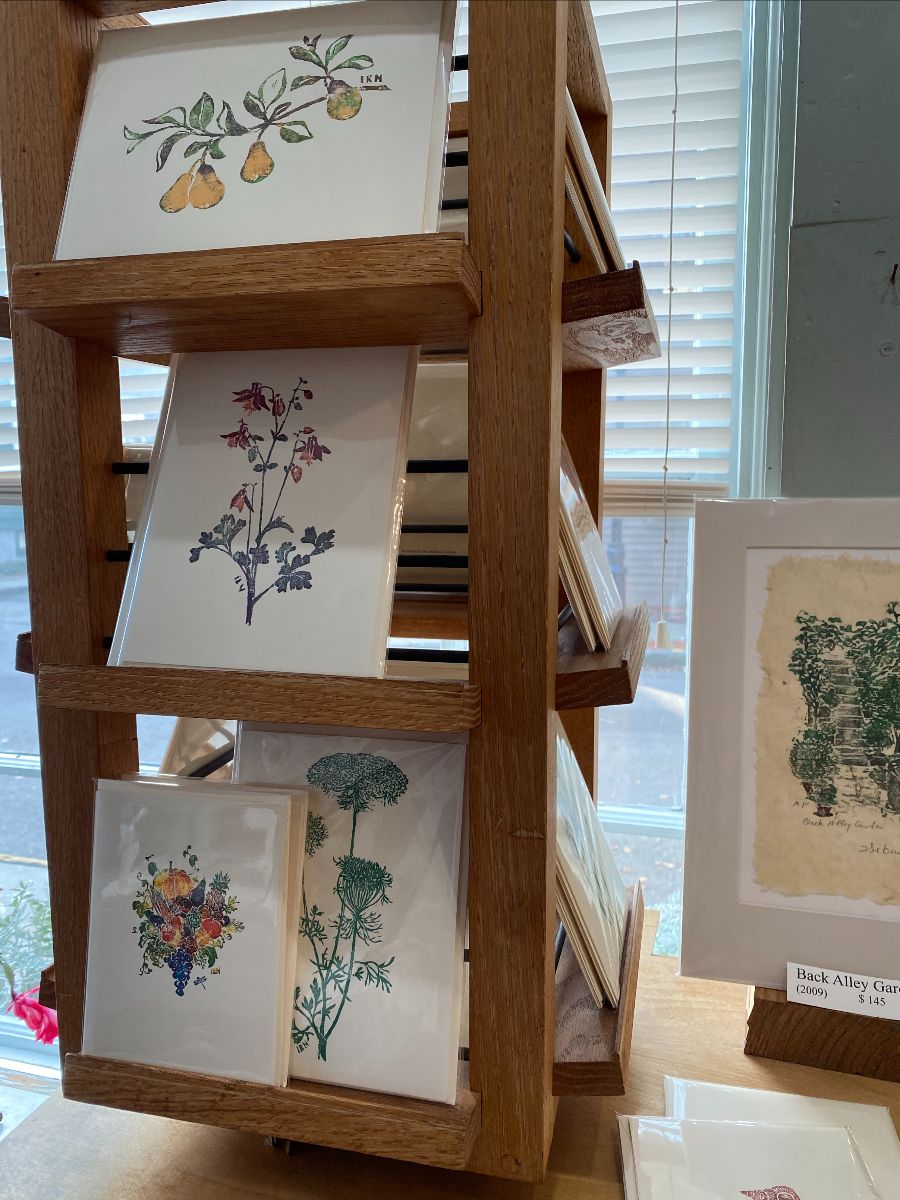 Ilse’s cards are made on her 1897 Golding Platen Press. Her cards depict scenes around Newport, flowers, plants, and special Christmas tableaux. 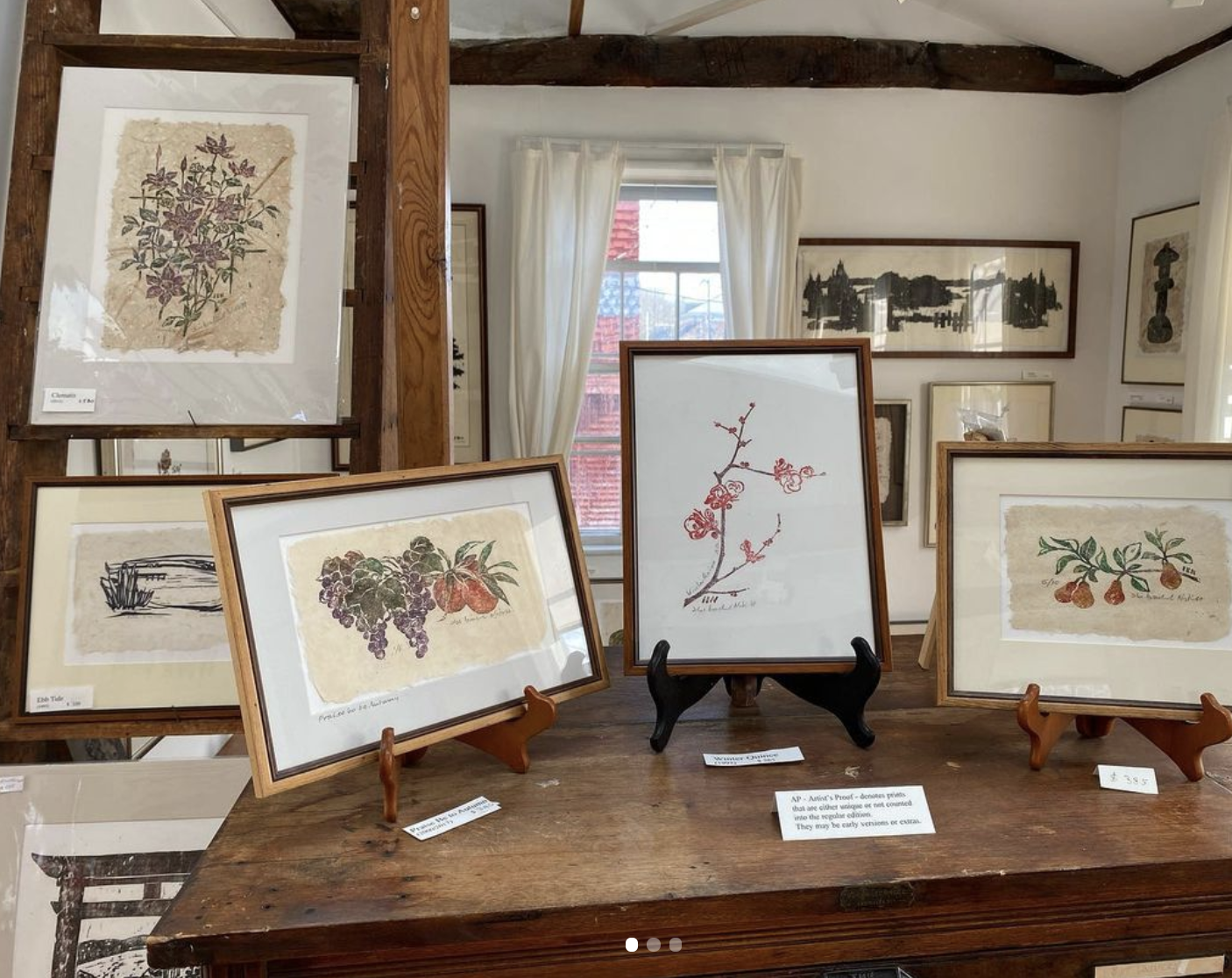 The prints made from Ilse’s carved woodblocks are done on her Acorn press from 1830. Her prints vary in sizes and feature land, sea, and cityscapes.

Ilse’s limited edition books include; The Best Tailor in the World, My Garden, Rising and Ebbing Life, and Captured Views.

Ilse moved to the United States in 1960 and taught typography and book design at the Rhode island School of Design in Providence, R.I for five years. In 1965 she founded the Third & Elm Press with her late husband, calligrapher and type historian, Alexander Nesbitt. Since 1965 she has done numerous one-woman and group shows in the U.S. and Germany. Work can be found in the U.S. in the libraries of New York, Chicago, Providence, and many others. Her work is also housed in Germany in the libraries of Hamburg, Leipzig, and in the Klingspor Museum in Offenbach as well as in numerous private collections around the world. 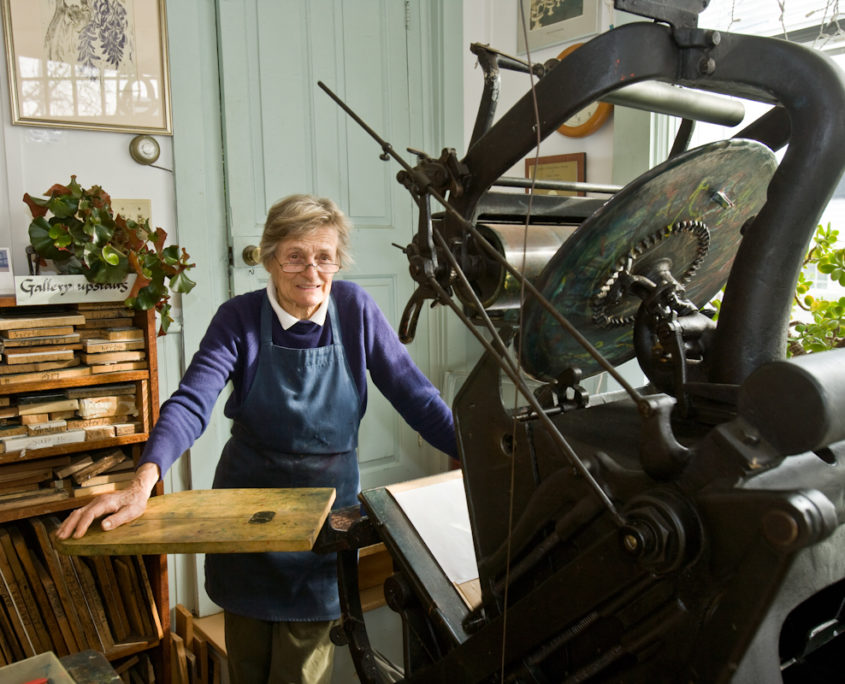