Ride our custom built pedal powered Rail Explorers and enjoy a leisurely 6 mile expedition along spectacular Narragansett Bay with views only visible from the unique perspective of the railroad.

Rail Explorers is open from May - November and offers tours on our custom built, pedal powered vehicles that ride on railroad tracks. They have 4 steel wheels, hydraulic disc brakes, pedals for each seat, and are comfortable, fun and easy to ride. Although the rail explorers require pedalling, the magic of steel wheels on steel rails makes the experience very different from riding a regular bicycle. There is no need to carefully watch the road ahead, there is no need to steer and riding is hands free - making it easy to take photographs and video as you roll along. Choose either the Tandem Rail Explorer (2 seats) or Quad Rail Explorer (4 seats) for your ride.

Everyone can enjoy this activity: couples young and old, groups of friends, and families of all ages and abilities. We are committed to providing an accessible experience for all visitors. 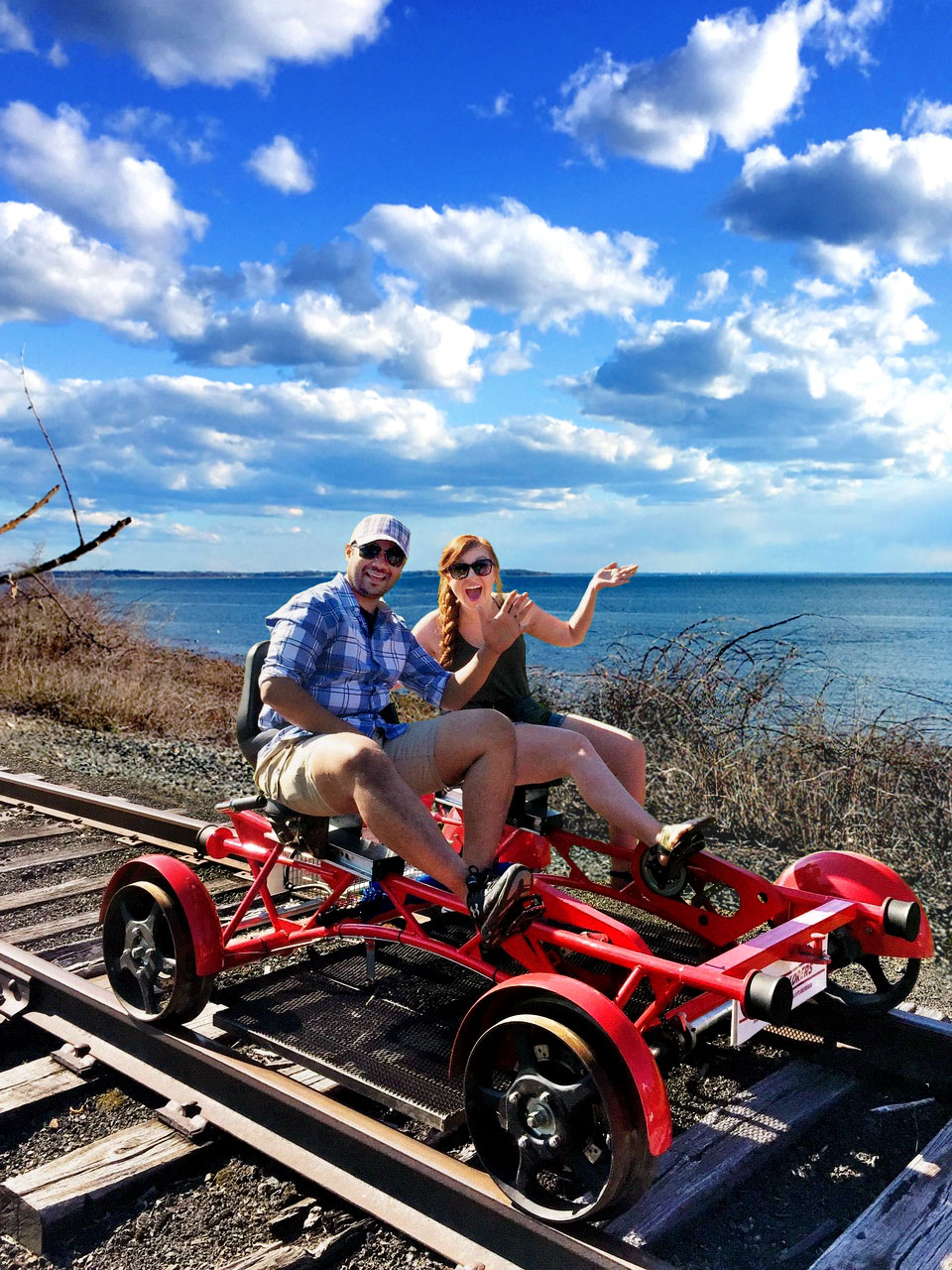 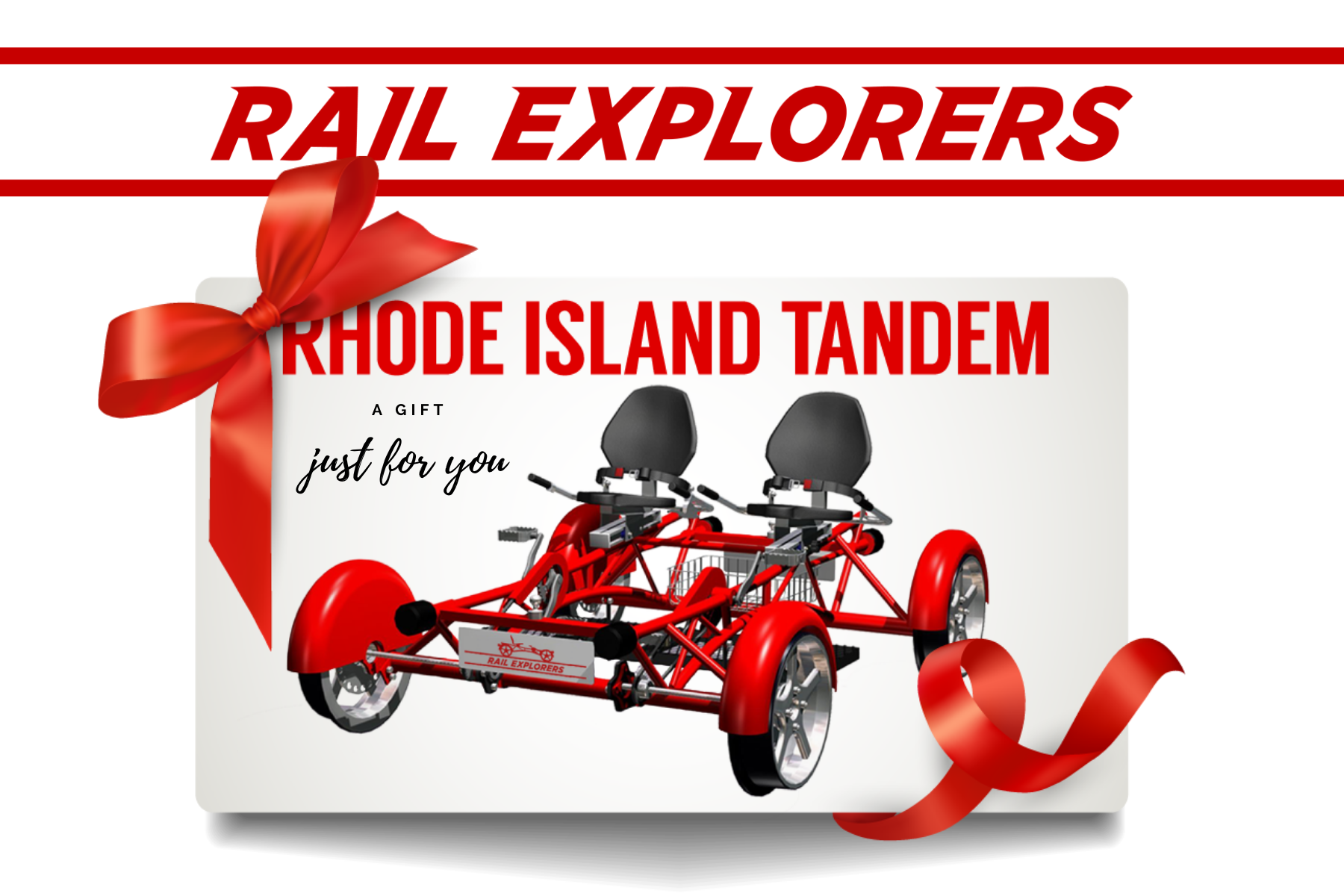 Gift cards are available for purchase by rail bike OR in $50 and $100 increments. They do not expire and are valid at all locations throughout the US.

The inspiration to start Rail Explorers originally came from a scene in a Korean soap opera. Back in September of 2012, Mary Joy Lu (who started Rail Explorers with her husband Alex Catchpoole) was watching one of her favorite K-Dramas and became intrigued when she saw a strange contraption being pedalled along the railroad tracks.

Mary Joy was so excited by this extraordinary looking rail bike that within 10 days she was on a plane to South Korea to meet with the designer and manufacturer of the vehicles. Mary Joy, Alex and other Rail Explorers employees travelled back to Korea in 2015 to learn more about the unique business. Rail Explorers was then able to bring a fleet of explorers to the USA. This was the first time these rail bikes had been seen anywhere in the world outside of South Korea.

Rail Explorers operations began on July 3, 2015 in New York’s Adirondacks and the response was extraordinary. ‘It was a shock,’ remembers Alex, ‘we really had no idea that it would take off the way it did. It was really exciting to say - wow, maybe we are on to something!’

‘After 3 years of dreaming and planning, of hard work and putting in every dollar we had, to finally get to opening day and see the joy Rail Explorers brought to our riders was incredibly rewarding.’